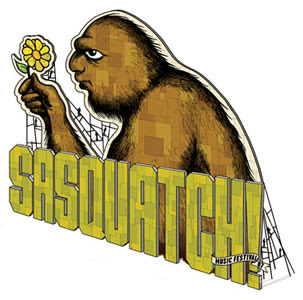 I have to rant a little.  Ever since Brandon and I have gotten married, though wonderful as it has been, we have missed pretty much every incredible concert there has been.  The latest was of course the Sasquatch Festival.  I have been reading about it and it was freaking amazing, apparently.  Not only did I miss David Bazan's debut performance as David Bazan and the Black Clouds but apparently Rainn Wilson was there, just hanging out.  A few others include Modest Mouse, Death Cab for Cutie (whose new album is awsome) and many more, many more!  Brandon and I went to see David Bazan playing a few of his new songs.  It was pretty perfect but I need more.  I cannot see why I am destined to rot here in Provo while all the musical genius is in Portland.  I really feel like I have been cursed.  Well I guess I'm mostly upset because of my dreadful day!
Posted by Lindsey Pedersen at 8:06 PM

Once Johan the Angel hits the big-time, we'll gather the Big Three (Ben, David, and Prince Caspian) for a special evening in concert. I promise.

(And no, cookies are still #1, though I can't imagine what would happen if they made cookies with See's candies chocolate chunks... I think I might hallucinate.

Hey, there! I just checked my blog and saw your post! Yes, I'm a slacker. Actually, I have so many projects going right now, that I've had to put getting my blog together on hold.

I think of you all the time and was wondering how you guys are doing! Looks like you are as fabulous and busy as ever!

My email is eccetante@hotmail.com. Please keep in touch! I'd love to hear more about where you are and what you're both doing now. It's been waaaayyyy too long!

Have a great day!