The Princess and the Overlord 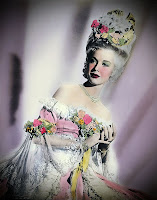 It has been a while since I have posted a short story so here is one.  I wrote it for a friend in a jiffy so it may not be great but I assure you it is entertaining!


Once upon a time there was a beautiful princess named Ashlee Harper.  She lived in a magical land called Utah.  Ashlee loved living in her grand palace in Utah where everyone was golden of hair, rosy of cheeks, and silicone of breasts.

Everyone was happy in the land until one day an evil retail store named RC Willey came along.  From the outside RC Willey seemed like an okay place; they offered electronics, appliances, furniture, and more.  From the inside, though, the people who worked there knew the truth about the dreaded RC Willey.  They would advertise for a sale and jack up their prices for two weeks before then lower the prices down to just below what they were asking before and their customer’s would say, “Oh my, what a reasonably priced love seat.  I must buy that for my home even though I don’t really need it.”

RC Willey would say, “Don’t you have the money to buy that love seat? No, well here is a line of credit that will give you 18 months interest free.”

The customers would say, “How generous of you.  I would love to pay my love seat off in 18 months.”

RC Willey would say, “Oh darn, you have to have $2000 or more to use the 18 months no interest.  I guess you have to pay interest on the love seat making it 21% higher in price than it was originally.”

The customers would say, “Oh well then, I guess I have no choice in the matter,” and then RC Willey would suck them into a never-ending cycle of bill paying.

Ashlee heard of this injustice and decided to apply to work there and destroy it from the inside.  She worked there for months gaining intell and coming up with a plan.  She decided the best thing to do would be to shut the power down for if there were no power to the store it couldn’t run.  She found out who the power supplier was and she paid them a great deal of leprechaun gold in order to shut the power off just at the perfect moment.  Her plan was to shut the power down exactly three minutes after the store opened on Black Friday.  This was the busiest day of the year and it would surely destroy the store.

RC Willey spent thousands of dollars advertising for the big day.  It said, “Come one, come all to RC Willey on the Black Friday event and we will give you prices that you’ve never seen.  Also lunch is on us!”  RC Willey prepared its slaves… er employees… for the big day.  All of them were very nervous.  People would run into the store and be vicious about getting that last blue ray player that their 8 -year-old needs and then they would stand in a three-hour line and complain at whoever was helping them about the length of the line.  The employees… yes… employees, not slaves, were very nervous about this day.

Ashlee wanted to tell them that it would be okay and that they would never have to deal with the woes of this evil empire again but she could not for fear of RC Willey learning of her plan.

The big day came.  Ashlee came to work like normal.  She had butterflies in her stomach as she drove up and saw the line wrapping around the building 17 times!  She forced her way through the crowd and into the door.  She got herself all set up at her station and nervously waited with her cohorts.  They talked in hushed tones and tried not to throw up.  Then they heard it, “Attention RC Willey Associates, the store is now open,” and then a terrible shrieking sound as the intercom went off line.  They heard the hoards of people running through the store, pushing, slapping, tripping, and guillotining as they went.  They ran to the electronics department with their early bird coupons and ran around the furniture section like chickens with their heads cut off.  Soon they started to line up.  The cashiers shouted, “If you have to use your RC Willey Credit Card you need to stand in the credit line,” then it happened.  The whole store went pitch black.  All of the computer screens, TV’s, mp3 players, portable DVD players, and karaoke machines shut off simultaneously.  There was a gentle hum of the electronics shutting down then panic spread.  Every associate grabbed a flashlight and then the madness set in.

Customers started screaming and managers came out of their holes and tried to calm them down.  They said, “Here is a free hotdog.  Please come back at a later time and our power should be on,” but the power never came back on.  All the employees sat there asking when they could go home but RC Willey would not let them go.  They had stay until the store closes at 9 o’clock.  Ashlee did not see this coming.  She had to revert to plan B.  She closed her eyes, said a little prayer, and then blew the place up with the bomb strapped to her chest.  The place was obliterated and everyone died.

The End.
Posted by Lindsey Pedersen at 4:53 PM

LOVE. So incredible on so many different levels. Not quite sure where to file it all...but it makes me miss my short lived time at the WILLEY!!!

When will you release your next short story?!! Hopefully SOON?!

Oh, thanks Sherry! I miss it sometimes too. Mainly just the people we worked with. We had a good crew!