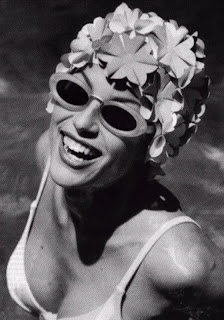 I have a slightly tortured relationship with my cat. Mainly, I like to torment him and chase him around and he just takes it. I often like to wrap him up in a blanket and hold him like a baby. He hates it. I also like to try and scare him, by suddenly shouting, “BABY!” I think he dislikes that the most. We do have our good times and we mostly just have fun playing together or cuddling. Even though I torment him, it should be understood that he is not helpless. He has ways of evening the score. I have often gone to turn the corner and found him there, ready to pounce at my face. Other times, he will be try to get me to play with him. As I walk away, he will bear hug my calves and dig his claws into my flesh. Perhaps his favorite thing to do to me is to come into my room in the wee small hours of the morning and meow with all his might! He usually does this sporadically until I decide it’s not worth it to continue the protest.

One such morning, around 8:30 A.M. on my day off, I was sleeping. Hector snuck into my room and heard the ambient noise of the fan and intense snoring. He walked over to my side of the bed and let out a pitiful squeak. I did not stir. He decided he would be heard this time. He steadied his stance and raised his head and bellowed, letting out a sound that can only be described as a siren of death. There was a snort, ending the motorized sound coming from my nostrils. I rolled over and ignored Hector’s plea. Again, he sounded the alarm and tried to get me to wake up. It did not work.

Hector must have gotten tired of meowing so he left for about fifteen minutes and I was given the opportunity to enjoy the silence. I stupidly believed that it would be different that morning. I was in a fantasy world. I actually believed that I would be able to sleep through the morning without hearing what has been described as the most annoying sound in the world. I lay there, cozy and warm in my bed, feeling oh so happy, when I heard the sound of clawed paws walking on linoleum. It was the little white turd.

I turned towards the door, realizing that it was Hector. He poked his head through the open doorway and meowed again. I said nothing and he blinked. He stood silent for a moment. It was a stare-off. Suddenly, without provoke, he sounded the siren. I just snapped and yelled, “SHUT UP!”

At the urging of my tantrum, he walked over to my bedside table and hopped up. He had a determined look of revenge in his eyes. He sat himself right next to my nearly full glass of water. He looked at it and then at me. He raised his paw slowly, as if to lick it. Then he moved it cautiously over my glass. I said, “Hector,” and all the while staring at me, he lowered his paw into the water and pulled it over. A flood of cool water splashed over the rim. It poured out and splashed all over my face and sheets. I remember seeing a flash of white as Hector flew out of the room. I threw off my sheets and ran down the hall. What happened next shall not be recorded. It makes me look foolish and I just won’t do it but let’s just say, I still need to get even with Hector Ayala.
Posted by Lindsey Pedersen at 11:08 PM

LOL that is a great story I love it! You're an amazing writer!Miss you :)